It is hard to know how to be aggressive without becoming out of control and drawing foul calls when playing soccer. Nonetheless, in the game, being aggressive is critical to success. Controlled aggression can be used strategically, benefiting both the player with the ball and their team. This guide will provide tips, techniques and drills to improve your aggression while avoiding fouls.

So How Do You Be Aggressive Without Fouling?

List below are several techniques and strategies you can use to be aggressive without fouling:

Charge on the Shoulders

The shoulder charge (also known as a shoulder tackle) is a wonderful method to be forceful without fouling in soccer. A shoulder charge is when you bump the opposing player with your shoulder to disrupt their balance. This provide an opportunity to win the ball.

To execute a successful shoulder charge in soccer, do the following:

It is absolutely essential that you keep your arm tucked against your body when delivering the shoulder charge. If your arm comes up, you will likely be called for a shove and the opposing team will be rewarded a free kick from the spot of the foul.

If your elbow comes up and touches the opposing player, you will likely be called for a foul as well so keep that arm and elbow tucking into the side of your body.

Apply Pressure to the Ball

Putting pressure on the ball entails approaching the player in possession of the ball. They can pick out a direct pass or shoot straight on goal if they have enough room. You don’t want to give them a lot of room.

Be the First to Get to the Ball

When no player has possession of the ball, it is aggressive play to try to get to the ball first. This could entail a lot of sprinting. You could even be hustling for the ball with another player.

Maybe you’re running shoulder to shoulder with another player. Using shoulder charges can help you win the ball back.

Keep a Watchful Eye on the Players

This is similar to applying pressure to the ball, except it can be done when the player doesn’t have possession of the ball. It’s also known as man-marking.

Man-marking is all about anticipation and positioning. Being able to anticipate what the opposing player and then aggressively countering is an essential skill for defenders. But how do you build your anticipation and soccer IQ?

Start with watching more soccer games. As you are watching, keep a keen focus on the defenders. Watch how they move, how they attack the ball, and how they cut off passing lanes. This will give you a better understanding of what you should be doing.

Take this new knowledge onto the pitch and work to incorporate what you have learned into your game. I think you will be surprised on much more aggressive you are. This is because you will understand and anticipate your opponent’s actions and aggressively push in to defend it.

Be Sure to Time Your Tackles.

Tackling, especially sliding tackles, is a physical component of soccer, but if you time them correctly, you will be less likely to foul. The keys to performing a good slide tackle:

Following the steps listed above along with consistent practice will help you become more proficient at tackling and will lead to less foul calls against you.

If you are looking for high quality shin guards that are comfortable and provide good shin protection, check out our recommended shin guards below: 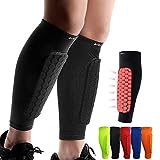 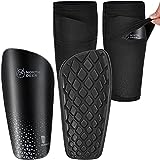 Winning a 50/50 ball in soccer is the key to winning soccer. Becoming better at winning the 50/50 ball takes practice, determination and grit. There are several drills you can use to replicate 50/50 ball scenarios to help your players win more 50/50 balls:

Race to the Ball drill

In Soccer, How Do You Teach Hustle?

Look for soccer drills that can assist you in developing controlled aggression. An example might be rolling a ball to a player and having another player attempt to aggressively win the ball back without fouling. If the defending player fouls the offensive play, blow the play dead and start the drill again.

This drill will condition your players to be aggressive while maintaining discipline.

Have a Discussion or Whiteboard Session

Sit your players down and review explicitly what is controlled aggression vs fouling. Provide examples of each. Look up YouTube videos for examples of excellent aggressive play as well as aggression that leads to fouling.

Take your Team to a Soccer Game

Take your team to a soccer game that is at a level higher than the level your team plays at. Point out good aggressive players and discuss foul calls that occur during the game with the team. This will be a fun supplement to your players understanding of aggressive soccer play.

Keep an eye on them while they’re playing.

Monitor your players during practice and games and try to consistently correct errors made due to overaggressive play.

You have complete control over and prioritize what your team learns or works on during practice. Regardless of the drill, emphasizing controlled aggression is a very effective strategy for influencing your players.

A major part of being aggressive in soccer is conditioning and soccer fitness. Check out our Complete Guide to Getting in Soccer Shape to learn how to optimize your workouts to improve your ability on the pitch.

Drills to Promote Aggression in Soccer

Every coach desires their team members to be aggressive when they play soccer. Aggressive players frequently get an advantage by imposing themselves on their opponents to come out victorious in battles. Some athletes are born with the ability to be aggressive, while others require coaching. Let’s check out how these soccer drills can help you learn to be more aggressive.

These soccer drills include:

This drill encourages rapid, aggressive movement toward the ball.

This drill instructs players to use their bodies against an opponent when under attack.

These drills mentioned involve closing down and pressuring the game. The defensive team scores points for regaining possession of the ball. Every team competes against the other to determine who can win.

How to Coach Timid Soccer Players

Some players will be naturally more aggressive than others. That doesn’t mean that timid players can never become more aggressive. The key is to build the confidence of timid players by putting them in positions to succeed and to provide consistent affirmation and support.

Here are some tips for coaching timid players:

Play “Dribble Across a Square” to begin each practice as a warm-up.

This will help them improve their dribbling and responses while acclimating them to traffic.

At each practice, use at least one drill that is competitive and allows teammates to cheer on the timid player(s)

Timid players need to be encouraged to assert themselves on the field. Use drills that help them come out of their shells and play a more aggressive game. Passing relay drills and one-on-one drills in a coned area help nurture aggressive play.

Be sure to provide enthusiastic and consistent affirmation to the timid player when they are aggressive to reinforce it.

Spend portions of your practice playing a pressing style

Playing the press forces players to be aggressive; that is the whole purpose of pressing. Pressing is putting massive pressure on the player(s) with the ball.

Looking for new soccer cleats? Check out our recommended cleats below:

link to How Fast Do Soccer Players Run Mph - We Did the Research!

The running speed of a soccer player is directly proportional to the performance in a game (depending on the position of the player). Soccer is one sport that strongly relies on the physical capacity...

Continue Reading
link to Do Soccer Referees Have Other Jobs - How Referees Make Ends Meet!

Have you ever wondered if being a soccer referee is one of the highest-paying positions in the sports community? While there’s a huge variation in the salaries of soccer referees, there’s a...

My name is Jimmy and I love Soccer. I played soccer throughout high school on my school's soccer team (go Red Raiders!) and helped assist with my daughter's high school soccer team the last couple of years. Soccer is a beautiful game that combines athleticism, strategy, teamwork and skill. My goal (no pun intended) with this blog is to share everything I have learned about soccer over the years being a player, assistant and soccer dad.