Few sports are as exciting and universally loved as soccer, also known internationally as football. A rare and interesting play in soccer games is called a “False 9.” What is a False 9 and how do you be one?

To be a False 9, the center-forward player should repeatedly move from a high position to a deeper or lower position, heading towards the ball to confuse and disorient the other team. They can draw the other players out of position, get the ball away from center-backs, and disrupt the opposing team.

When the play is done right, a False 9 can disrupt the opposition and help their team. For more information on how to be a False 9 in soccer, and what they are, keep reading below!

Basically, a False 9 is a player who is behaving in an unexpected way to confuse and disorient the other team. The False 9 starts off in a high position, as they’re usually a Center-Forward player, and then they drop back towards the deeper positions so they can try and get the ball. They could receive the ball, or they could steal it away.

Their goal is to get the ball away from the other team, and specifically from the center-back players who won’t be expecting the False 9 in their areas.

Famous players like Lionel Messi, Cesc Fàbregas, and Karim Benzema have all acted as a False 9 in games, often to great success.

Watch the video below to see a visual of how a False 9 works.

Where Did the Name “False 9” Come From?

The term False 9 comes from the idea that the player wearing the 9, the striker, is going to be somewhere that a 9 wouldn’t typically be. Therefore, the 9 is false.

Are you a player who wants to try a False 9 formation? Are you curious about how it would work for your home team? Whether you’re a ten-year-old player or a forty-year-old manager, this formation might sound like an interesting concept. Here are some things you might want to consider if you’d like to play False 9.

Are You Already a Center-Forward Player?

If you like it, or if you’re already a center-forward, try practicing some passes and attacks that you don’t normally do. If you have the potential to be a menace lower down in the field, you might be ready to ask your coach if you can try out being a False 9.

Has Your Coach or Manager Ever Used a False 9 Before?

A False 9 is still a fairly rare play, many coaches, managers, and players will have little to no experience with it. Since this is a play that can go south very, very quickly with no experience, it will be a gamble for them.

However, this play only exists because people were willing to take that gamble and try the play. If you and your team are ready, your coach might be willing to give the play a shot.

If they have used the False 9 play before, talk to them! Listen to them! How did it work? What would they change? Would they be comfortable using that play again? Do they think you’re a good fit to try it? Would your own team be able to adapt? If you can answer affirmatively to all of these questions, you and your coach should give it a shot!

What Special Skills Should a False 9 Have?

A False 9 should be fast, creative, determined to succeed, have an attacking instinct, and know how to keep their focus while disrupting someone else’s. They should be good at stealing a ball and catching passes. If this sounds like you, and you have the stamina to run back and forth even more than other players, you might have the potential to be a False 9. 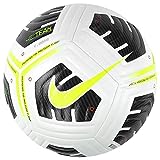 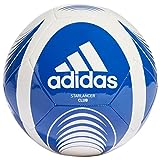 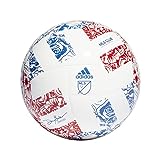 What Are the Pro’s and Con’s of Using a False 9?

Using a False 9 can be tricky for a coach and a team, just like defeating a False 9. Why would a coach use a False 9? Why wouldn’t they?

Pros of Using a False 9

Cons of Using a False 9

link to Do Soccer Referees Have Other Jobs - How Referees Make Ends Meet!

Have you ever wondered if being a soccer referee is one of the highest-paying positions in the sports community? While there’s a huge variation in the salaries of soccer referees, there’s a...

If you’re just starting in the beautiful sport of soccer, you’ll want to catch up on the basic rules quickly. But before you evolve into a complete player full of technical awareness on and off...

My name is Jimmy and I love Soccer. I played soccer throughout high school on my school's soccer team (go Red Raiders!) and helped assist with my daughter's high school soccer team the last couple of years. Soccer is a beautiful game that combines athleticism, strategy, teamwork and skill. My goal (no pun intended) with this blog is to share everything I have learned about soccer over the years being a player, assistant and soccer dad.